Like many other countries in the world, Vietnam also has different accents in different regions. Therefore, Vietnamese language has differences in pronunciation in each place. In this article, Jellyfish will suggest 3 popular Vietnamese accents. Let’s check it out. 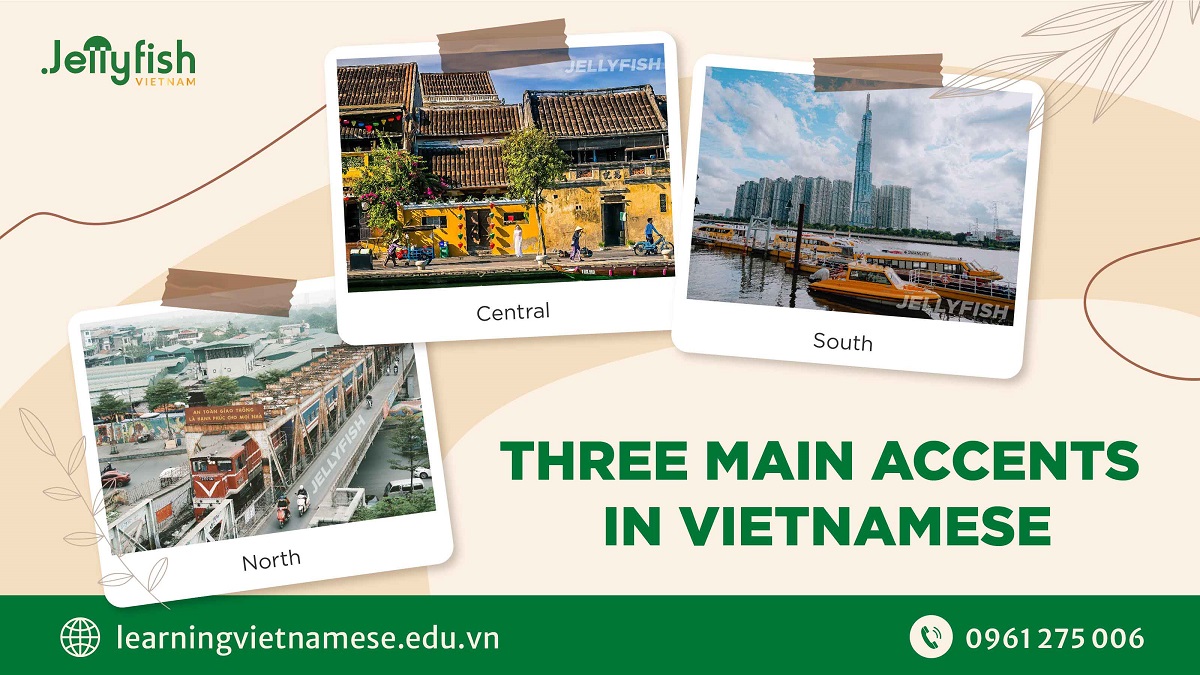 If you are living in the North of Vietnam, you should study with a teacher in Hanoi or neighboring provinces such as Hai Phong, Hai Duong, …

Vietnamese people living in different provinces of the North, basically have the same pronunciation, eventhough there’re still some slight differences in word usage in everyday life but not significantly.

Just like in the North, between the central provinces, people often use different words to indicate similar things. However, besides that, the pronunciation of the Central people mainly confuses the “question” tone with the “fall” tone.

If you plan to live permanently in the central provinces, study with a teacher from Da Nang or Hue. This will make it easier for you to understand and pronounce Vietnamese better.

See more about: How to learn Vietnamese?

Southerners have the two most special things in their Vietnamese pronunciation, which are:

In Vietnam, different regions have different pronunciations. Currently, Vietnam still has not agreed which is the best pronunciation, so for foreigners who want to study Vietnamese, it is necessary to understand the pronunciation characteristics of each Vietnamese accent, then choose the teacher in the desired dialect.

Jellyfish Vietnam has 5 branches located in 5 big cities in the three regions of Vietnam. In each branch, we have a team of teachers with standardized North – Central – South accents that can provide you with a variety of Japanese courses, suitable for your needs. Bridge voice pronunciation of all three regions.

For more information about the Vietnamese Language Program for foreigners, please contact us at the following information: