In daily conversation, Vietnamese people frequently use slang words to talk about their feelings, objects and events. Being able to use Vietnamese slangs  help you speak like a native and make an impression on others. How about you try it and see how Vietnamese  are surprised with  a foreigner using slang words.

In the article below, Jellyfish will reveal 10 slang words that every Vietnamese uses and 11 slang words of Vietnamese genZ, helping you to talk very Kool!

1.10 Most common Vietnamese slang words used by all Vietnamese

Here are 10 Vietnamese slang words Vietnamese use.You surely are “cool” in the eyes of native speakers if you know the following words:

Vietnamese people frequently use this to express bewilderment, surprise, etc

Example: For example, while visiting an amusement park, a dummy unexpectedly fell out. At that point you might startle and say “Ối dồi ôi!”.

When we find ourselves in an awkward situation and cannot solve the problem, Vietnamese come up with this funny and interesting phrase “Give up.”

“Biết chết liền” is used when the speaker is lack of information or is unaware of the subject being discussed. Simply  being understood as “I don’t know”.

Example: When asked about someone you’ve never met:

This phrase is used by numerous people and is listed in the Vietnamese slang dictionary.

“Sao phải xoắn” means to advise others to calm down, no hassle or to be afraid or confused.

“Toang” is one of Vietnamese slang words often used as a joke in  daily conversation amongst friends or close colleagues. 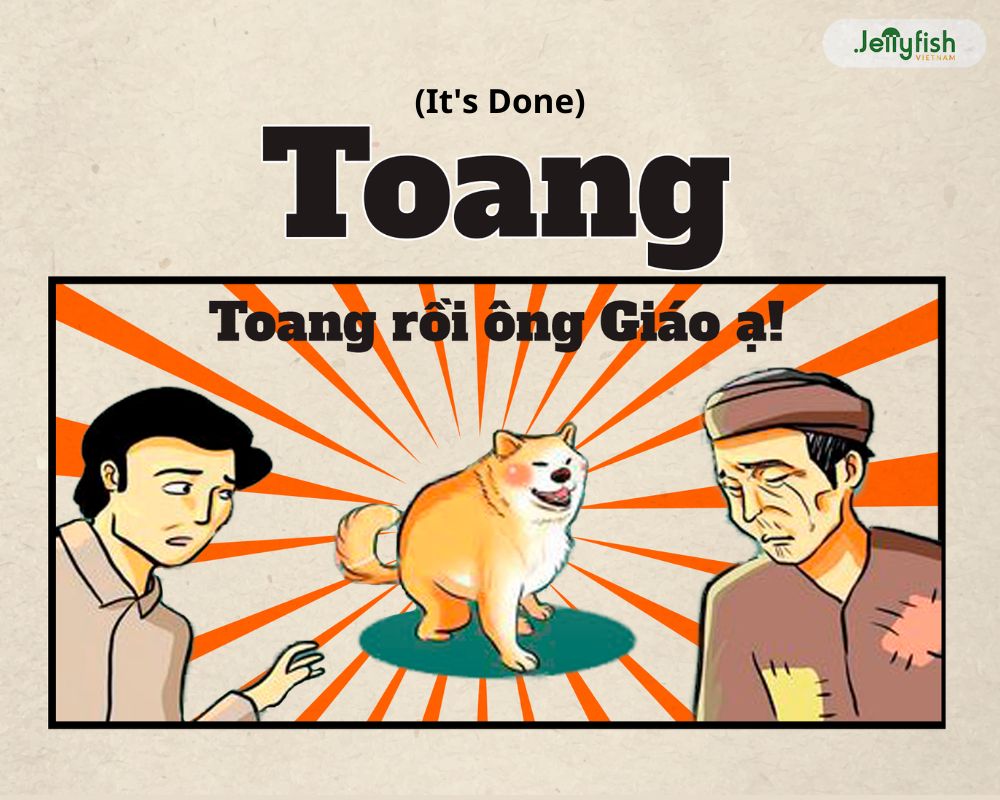 In Vietnamese slangs, the word “chảnh” is an adjective frequently being used to identify someone who is:

Making friends firstly but the other person doesn’t respond, you can say that person is “Haughty”: “Cô ấy Chảnh quá!” (She is Haughty!)

“Trẻ trâu” is used for the purpose of describing people who are childish, unruly, impulsive, hasty, and immature.

Using this word in a witty, humorous way can be sarcastic, often  being used between close friends.

Example: When you are 29 years old but still like teddy bears, your friends tease you “Trẻ trâu”.

“Chém gió” is understood in many ways, often tends to fabricate or exaggerate a part of the story.

Example: Going for lemon tea, you tell your friends about a story you went to a mountain and met a tiger (which is very unlikely) your friends told you that you were “Chém gió”.

This phrase is often used when going out to drink, you clink your cups and shout “Trăm phần trăm!”. This means that you will have to finish your glass in one shot.

This is a humorous saying that many Vietnamese use. Imagine how surprised Vietnamese are when you say this to them.

Obviously cockroach and “boring” are not related, but in Vietnamese, these two words have the same finish pronunciation, so people use this phrase to express boredom. 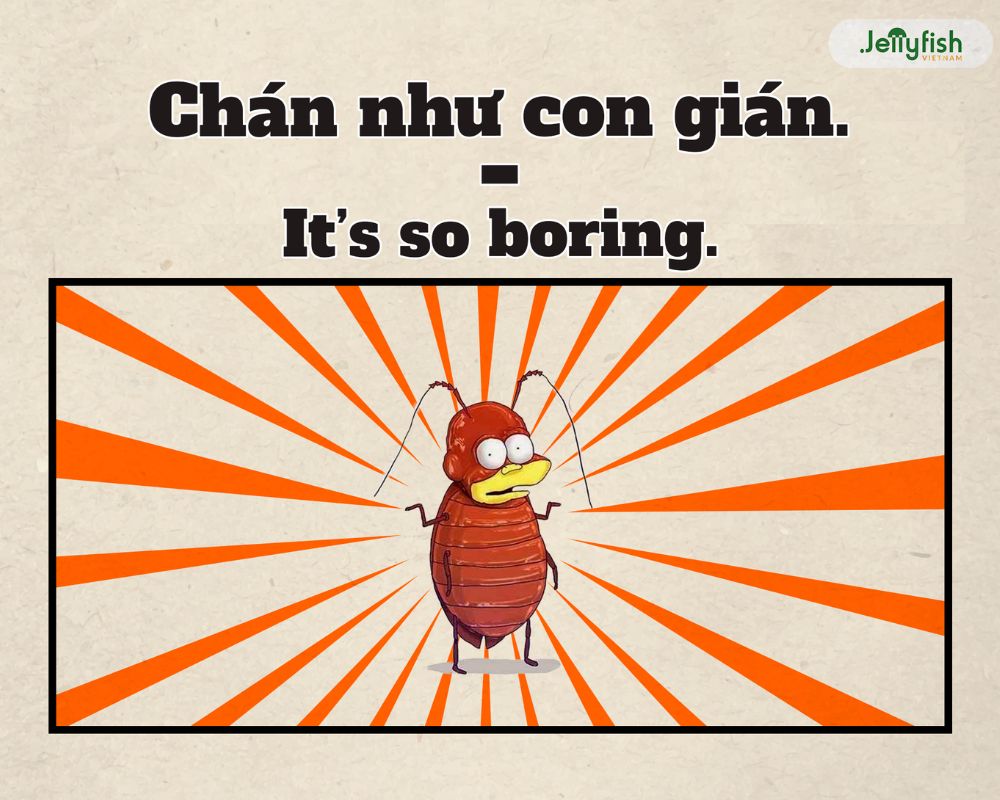 Note: Because this makes a funny sound when being spoken, so it is often used as a joke .

Example: When B failed the test:

Currently, there are many Vietnamese slang words created by gen Z. When using these words in daily talk, it exaggerates the humor of your sentences.

“Giận” is “angry”, “tím” is “purple”, “người” is “body” and “giận tím người” means that  person becomes too angry. This is an exciting way of saying, showing that I am very angry but just joking. 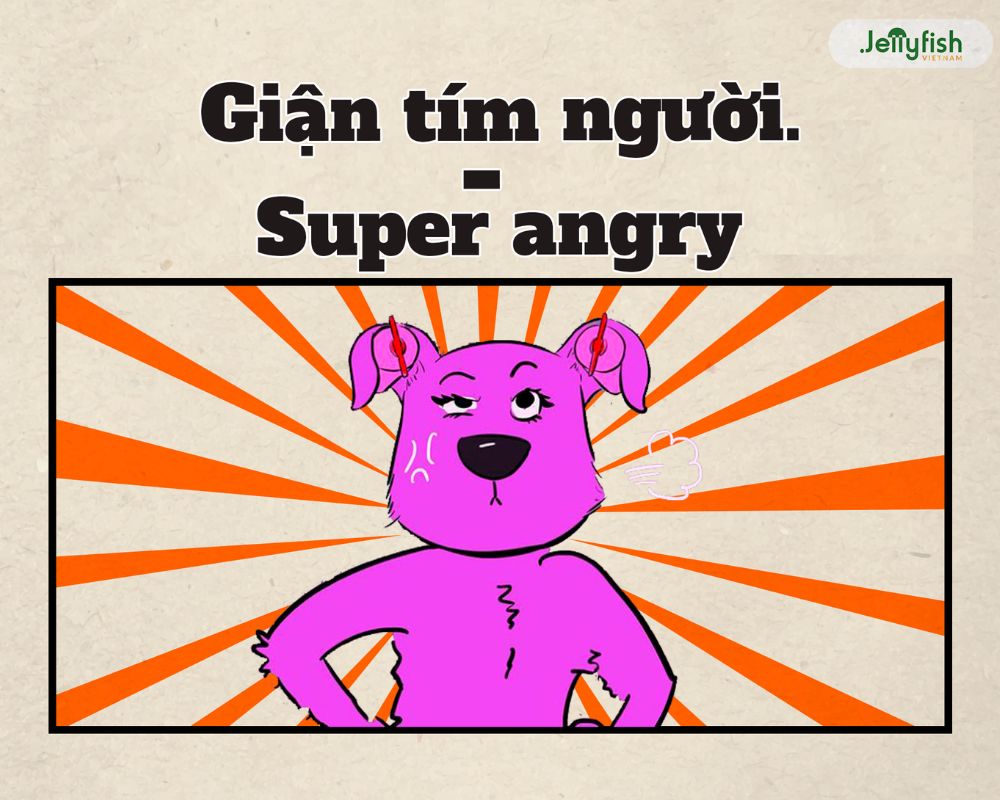 One of the many intriguing words used by Gen Z everyday, “u là trời” is explained as follows:

Like the current top trending words of young people, “u là trời” is used in some cases as follows:

Starting with a YouTube comment from a character, genZ quickly updated the dictionary with an exciting word to use everyday. 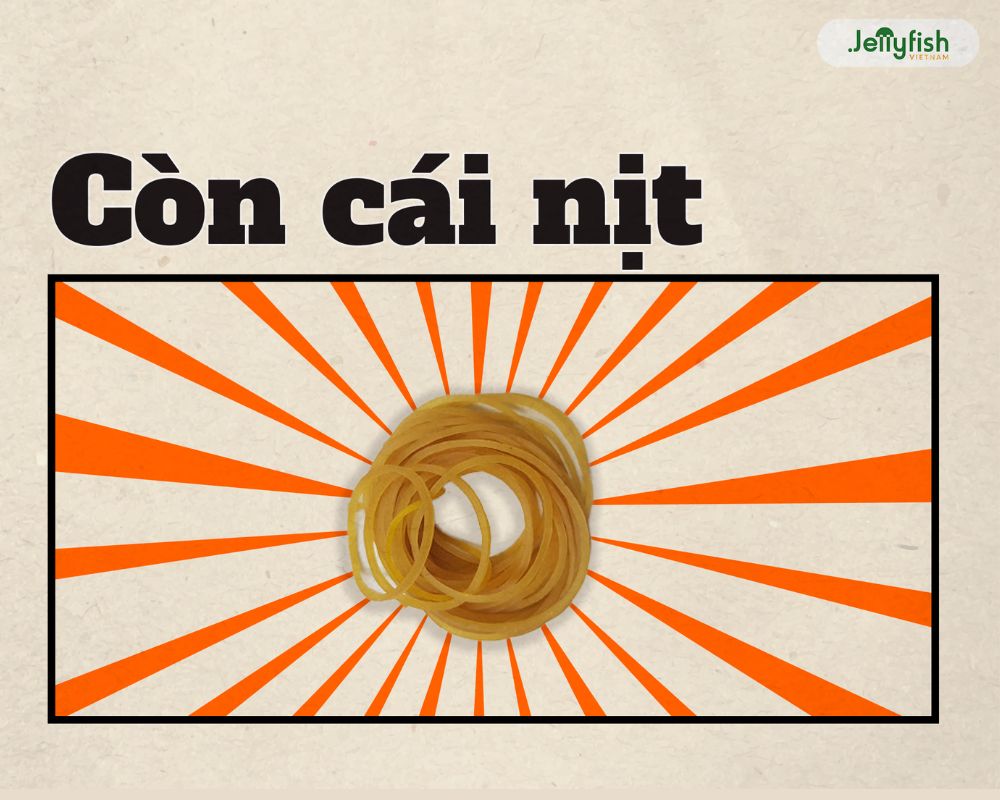 Under the unique variation of Gen Z, “còn cái nịt” is also used in many situations:

Students at the end of the month are like:

“Khum” appeared from comments on social media posts and is gradually being used as a slang word on daily communication by Gen Z.

Just like “còn cái nịt” and “ét o ét”, “ố dề” has appeared as an Internet trend through a clip on Tiktok. When you read the word “ố dề” quickly, it will have the same pronunciation as the word “Oh yeah!” in English.

In terms of meaning, “ố dề” mainly is an adjective to describe overdone actions and events that are unlike anyone else

Eg: Invite your friends out, but you put on makeup and dress up: “Đi chơi thôi mà, có cần phải ố dề thế không?” (Let’s just go out, do you need to dress up like that?)

In daily communication, “uả” is a word often used to express surprise and skepticism in what we see and hear. 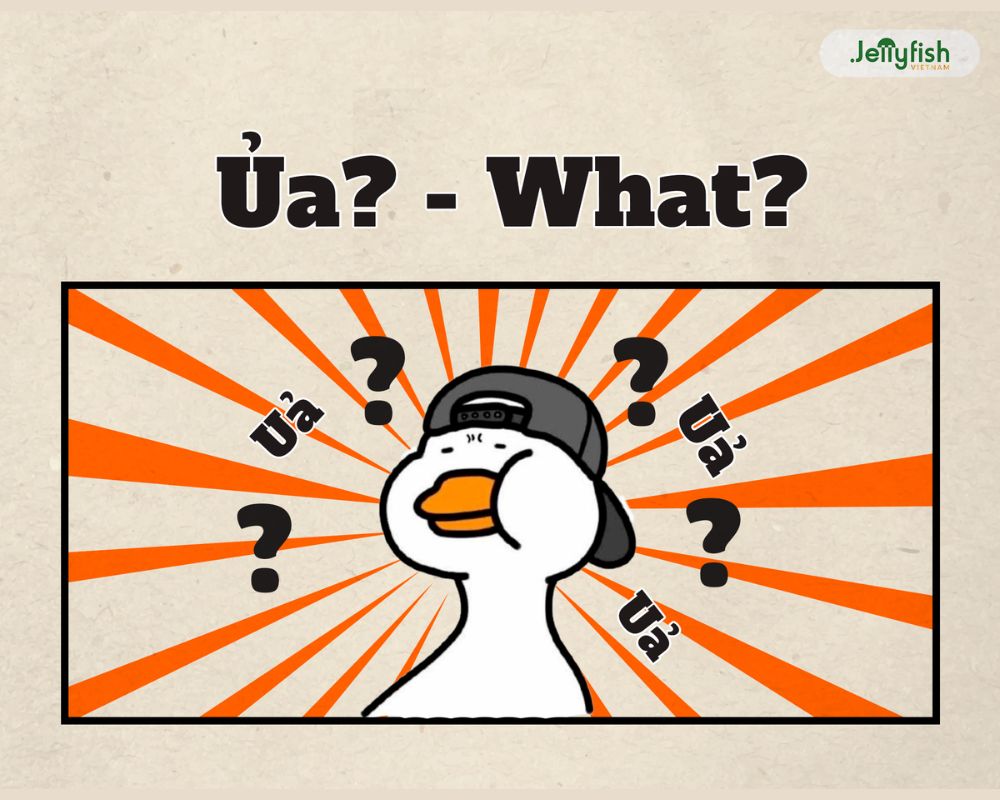 For example: When I saw my crush suddenly publicizing her lover on the story: Ủa????

“Gét gô” which also comes from Tiktok channels, is one of the top slang words supported and used by Gen Z.

With surprising usage, “Gét gô” has almost become the most common slang word today, instead of saying “Let’s go” as before, this has changed to “Gét gô”.

Looking at the word “lemỏn”, surely you will immediately think of the word “lemon” in English, right? Yes, you are correct.

Instead of using the word “chảnh” as previously used by other generations, now Gen Z has changed it to “lemỏn”. Although they all have the same meaning, “lemỏn” is still the most preferred by genz.

“Gato” gradually became a popular word with many people when saying it in certain conversations. Gato is an abbreviation of the word “jealousy”, meaning the state of being jealous or envious of others.

“Gato” is often used in cases of criticizing others or making fun of your friends:

When you buy a new item that your friend doesn’t have, you can joke to your friend: “Đừng có mà Gato!” (Don’t be jealous!)

“Bear” is no longer just an animal but has now become a noun used to refer to a lover in a cute way. Young Vietnamese often use this word.

It is also used by young people in extremely humorous moments.

The above are some popular and interesting slang words in Vietnamese. If you would like to see how surprising this will be to the listeners ? Try this!

For more information and free consultancy, please fill the form below! We will reach out to you!